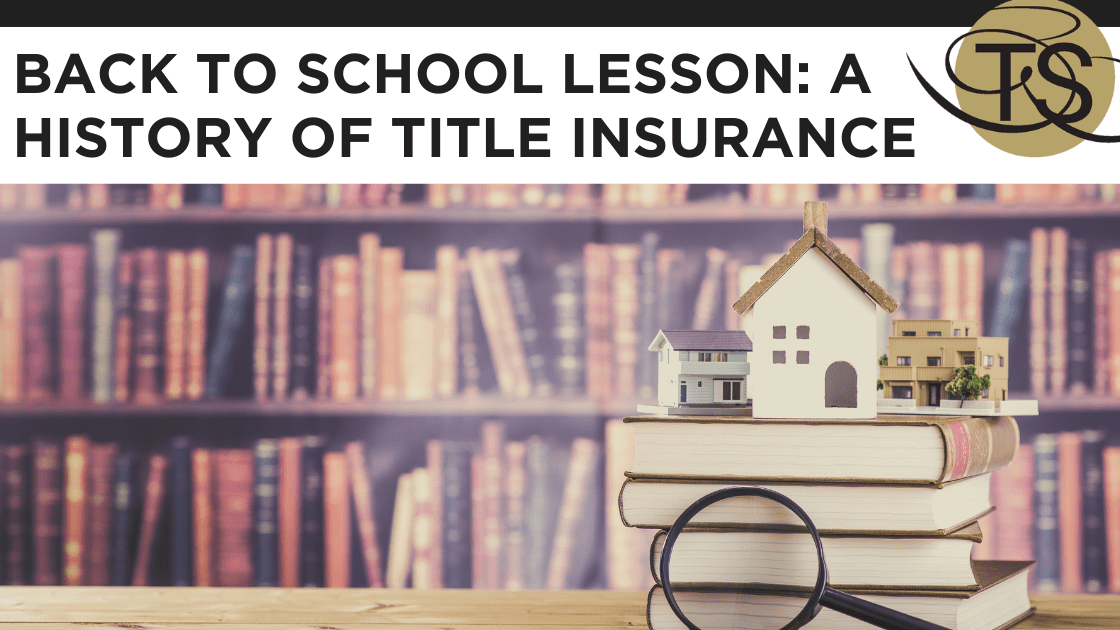 It’s back-to-school season, and what better way to honor our educational system than by brushing up on a little history lesson? So, sharpen those pencils, and get ready to learn The History of Title Insurance.

You may not realize it, but the days before title insurance were pretty risky for homebuyers.  Until 1868, purchases came without a guarantee that the property was free of any title rights, interests, liens or encumbrances that could result in a buyer losing the property due to unresolved issues. Transactions were supposed to be protected by a conveyancer, but oversight of existing interests on the property was limited and not enforced.

The practice of insuring title came about with a Pennsylvania Supreme Court ruling in the case of Watson v. Muirhead. In the case, Muirhead was hired by Watson as a conveyancer during the purchase of a property. Even though there was a lien on the parcel, Muirhead certified the title as good and unencumbered. Watson sued and ultimately lost his case, but the judgment made it clear that something had to be done to protect vulnerable buyers of real estate property. The Pennsylvania legislature soon codified the incorporation and regulation of title insurance companies into law, and companies quickly began to emerge across the U.S.

In 1907, the American Land Title Association (ALTA) was formed as the primary trade association for title companies in an effort to standardizes policies and practices in every state.

Today, title insurance protects millions of property buyers from record errors, unpaid liens, forged signatures on deeds, a previous owner or descendant claiming ownership, or other fraudulent activity that could hinder the lawful purchase of a property.

A Brief History of TitleSmart

Jumping forward to 2007, after 21 years of working in the title industry, Cindy Koebele and her sister Angela Shackle decided it was time to start their own business and opened TitleSmart, Inc! They opened their first office in Maplewood, with a small satellite office in Edina.